As Lead Consultant, The Princes Foundation for Building Community contracted WSP to use Place Logic to to facilitate a range of studies including local policy making, masterplanning and understanding the effects of significant alterations to networks.

Angondje is a new urban extension on the northern edge of Libreville. With a proposed population well in excess of 100,000, it will be the largest single population growth area in Gabon, where it is seen as an opportunity to create a new district representing everything that Gabon aspires
to become.

The Prince’s Foundation for Building Community challenged WSP to identify how the framework masterplan could best connect and engage communities by ensuring that:

The Street Activity maps (Figs 1-3)
show:
Fig 2: analysis of the initial concept framework clarified the position of the proposed transport structure within the wider urban complexity. The diagrams were used for briefing purposes and informed necessary modifications.
Fig 3 : analysis of the refined transport structure with an extended east-west grid. Two additonal links (A and B) were created to integrate better the network with the existing settlements and to disperse Street Activity on links with Libreville. 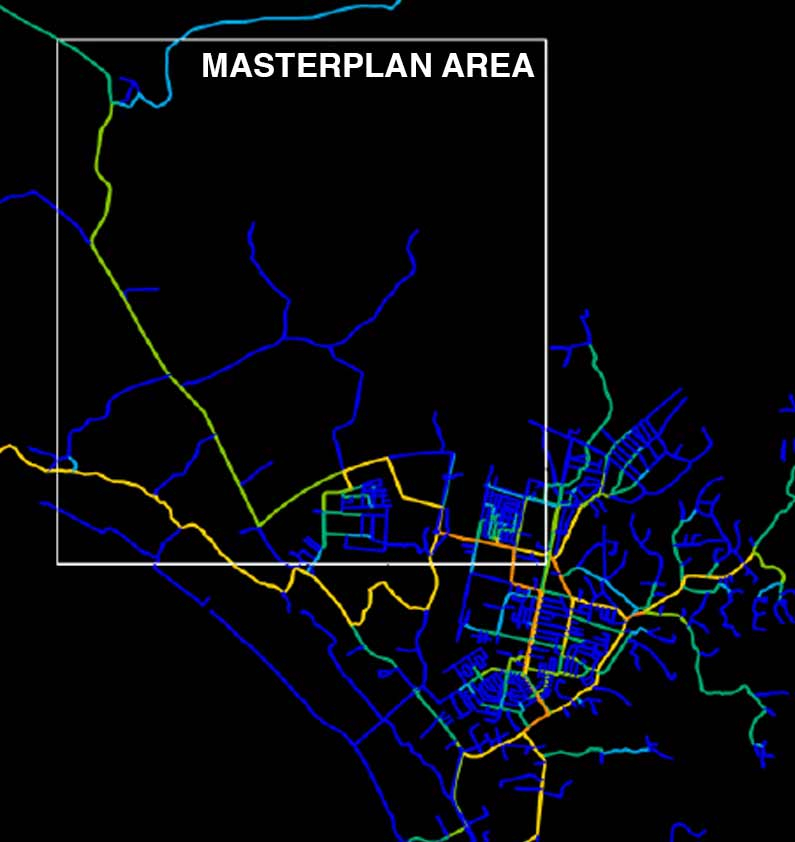 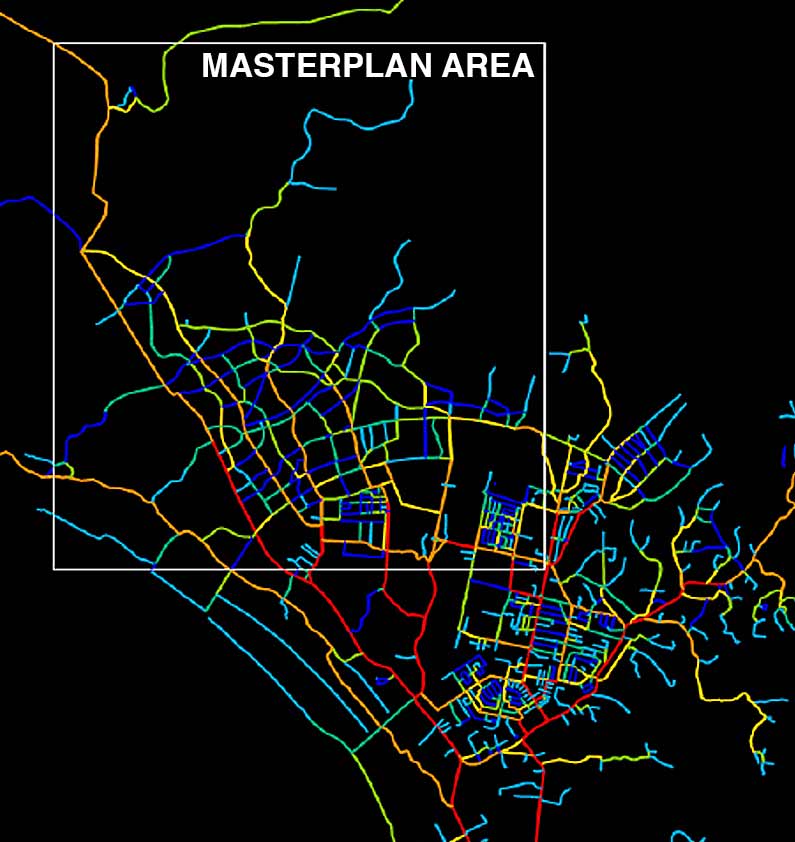 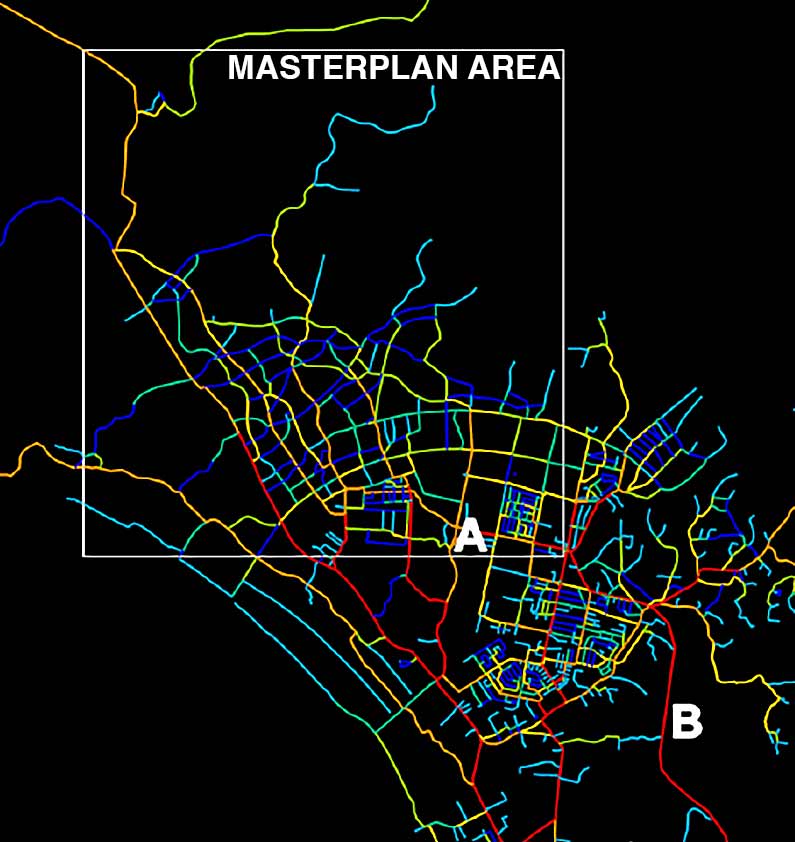