ADAM Urbanism was commissioned to redesign a masterplan for a new harbour settlement of 3,000 residential units, a commercial centre and other local services on the extensive dock area at Leith in Edinburgh. This dockland area had become largely redundant and dislocated from the historic city.

PLACE LOGIC demonstrated that the previous masterplan, based on a repetitive large building typology around a central park, resulted in a poorly connected neighbourhood with the movement hotspot located at the entrance to the site, not at its heart.

The mapping shows that ADAM Urbanism’s masterplan provides a logical movement network and better connections with the city.

Fig. 2 Design solution 1:
• did not optimise the commercial centre’s potential.
• put the centre of the movement (red hotspot) at the entrance to the site and rendered the centre low value in respect of connectivity.
• did not achieve a cohesive well-connected neighbourhood.

Fig. 3 ADAM Urbanism’s design solution 2:
• created an urban area with high levels of connectivity to the adjoining network and within the development.
• created a ‘High Street’ leading to a new commercial centre positioned in the centre of the movement hotspot. 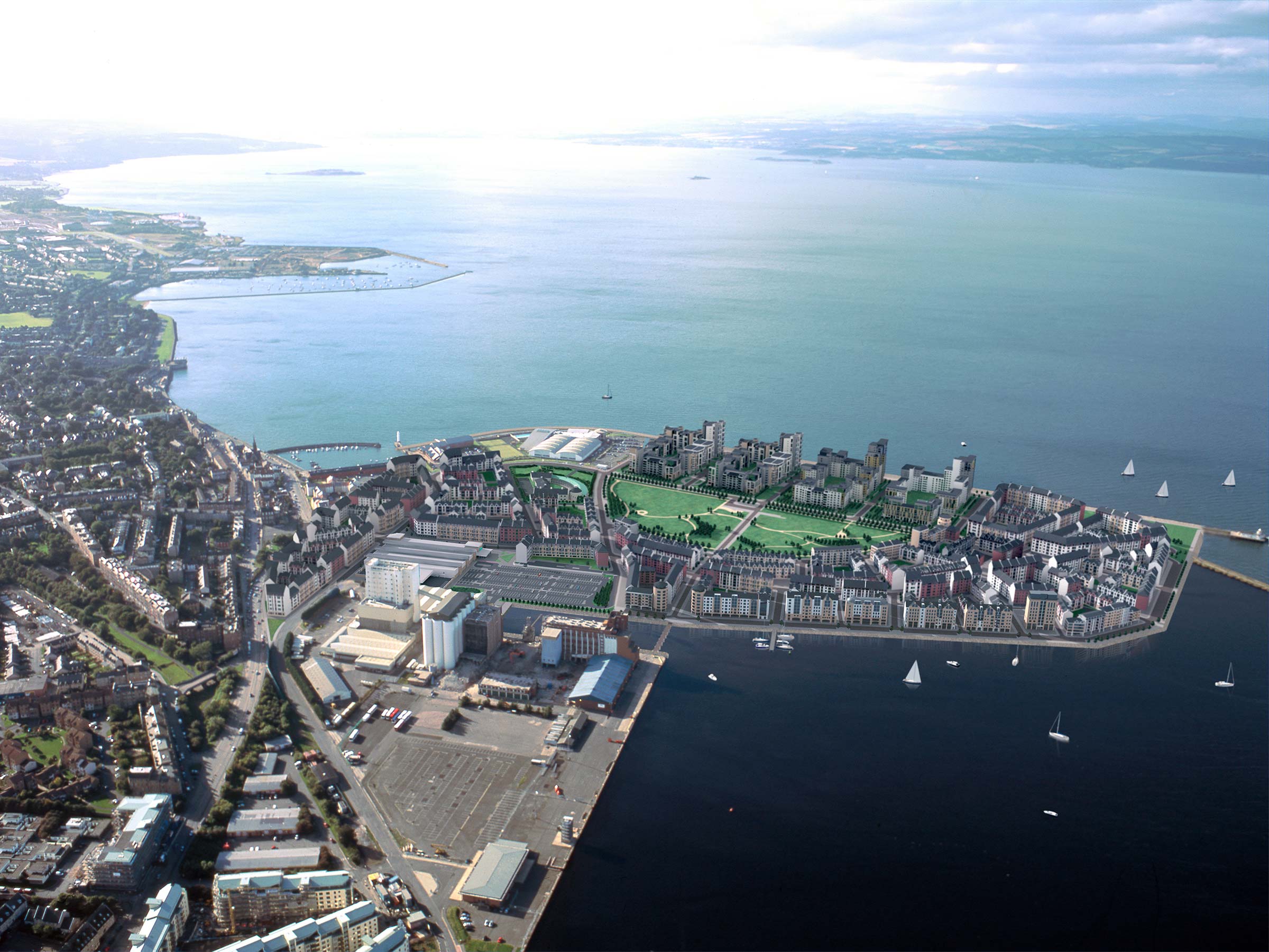 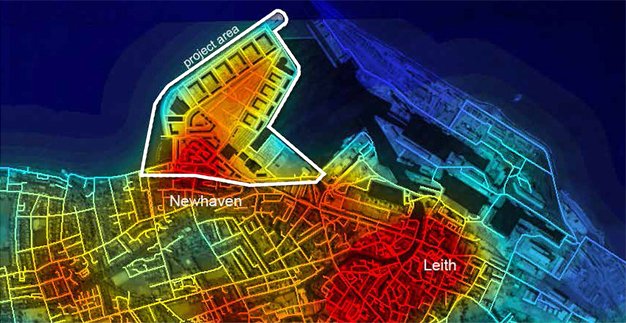 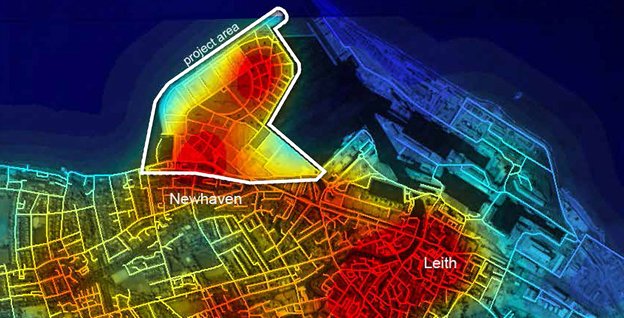