PLACE LOGIC was used to assess the impact of bridges across the Thames between the eighteenth century and the present day. Historic maps were analysed as different bridges were inserted, and the impact on connectivity and the growth of local centres North and South of the river can clearly be seen. 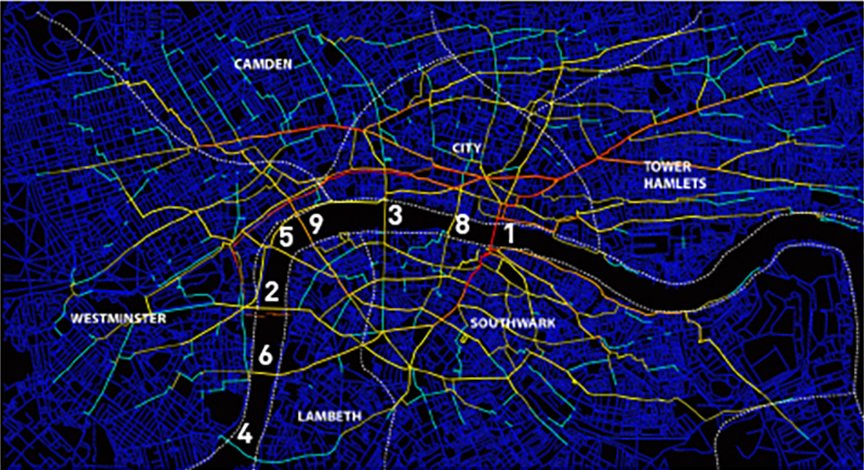 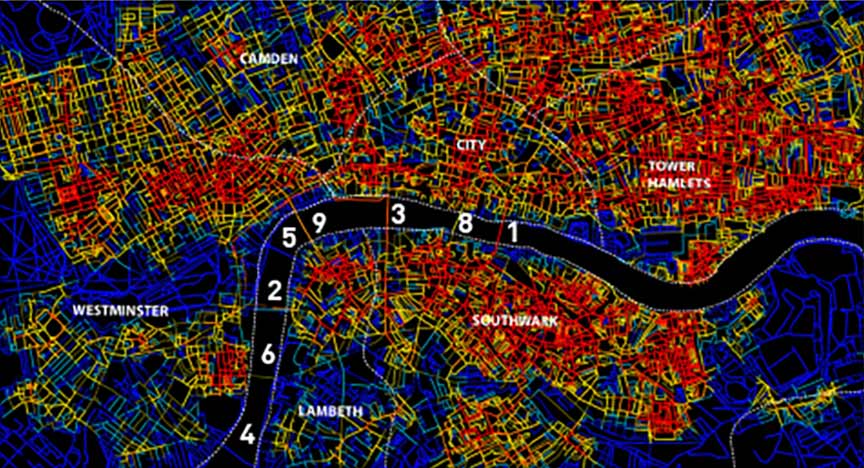 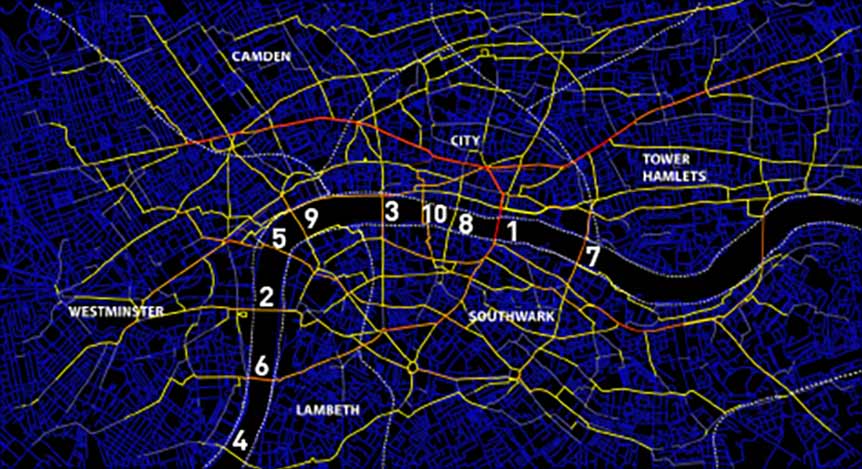 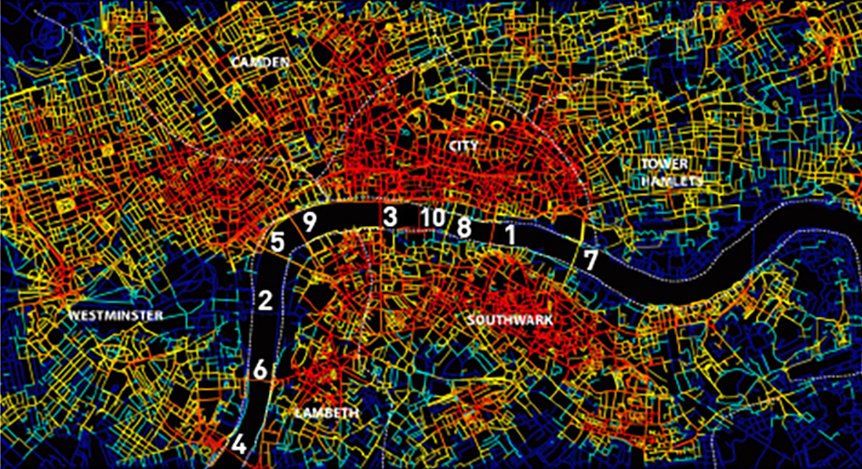 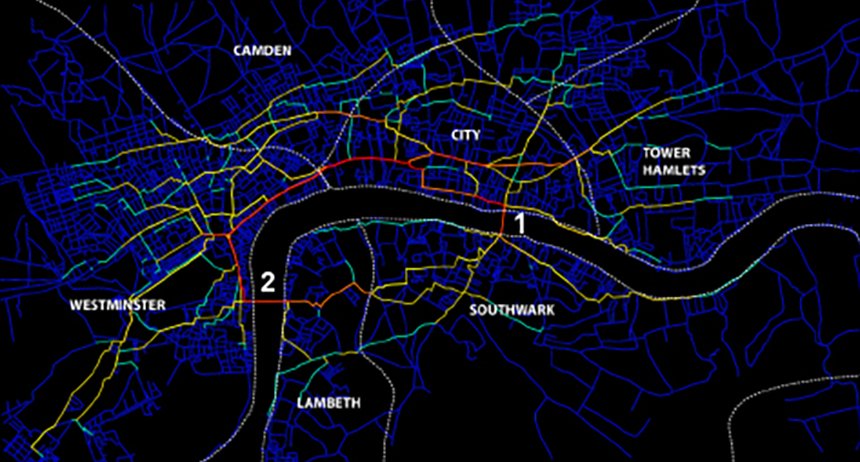 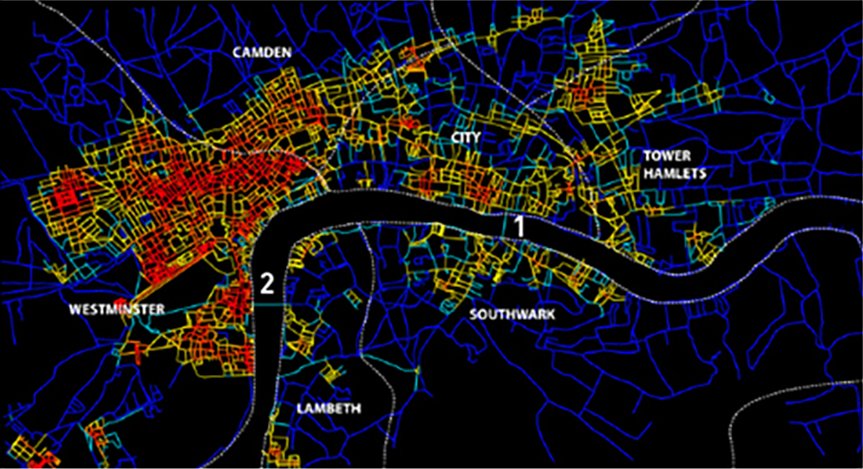